First, the good news. We are all happy that the reunification of the Russian lands with Russia has taken place. I hope that gradually the whole of Russia, the entire nation within its natural borders of 1913, plus the territory that it was supposed to receive after the World War, will be restored, and that some of the injustices and evils of Bolshevism finally reversed.

But I’d like to say a few words about Vladimir Putin’s speech, which I happened to have listened toб live, attentively and in its entirety. His speech provoked many thoughts, but here are a few random ones that just popped up.

Today I was busy all day, and in the end, I got just about twenty minutes of spare time, and I wanted to say a few things while Putin was speaking, so it is my first improvisation on the go. It is also a translation or at least a partial rendering of my post in Russian.

I found Putin’s speech weak and confusing, but the party who is responsible for it must be his speechwriter, not the speaker. As both an actor and an orator, Putin is good. His diction is clear and precise, and he hammers out his words to the extent that he sounds a bit artificial. His manner of speaking, the slight theatrical artificiality of it annoys me quite a bit, but I understand that many people must like it. Perhaps only Russian speakers can even comprehend what I am now babbling about. Putin holds up well in front of the cameras, and he is an excellent speaker, undoubtedly he must be the best among the heads of all major states now, and unquestionably he is the best among all the Russian bureaucrats of some rank, I mean at least those whom we get to see in the public eye. Neither the elderly mutant Biden, evil, phony and inarticulate creature, nor any of his transatlantic European satraps can hold a candle to Putin. Given Putin’s already venerable age, he gets an “A”.

There were two appropriate points in his speech.

First, he honored the memory of fallen heroes. The memory of those wonderful, selfless, and brave men and women who sacrificed their own lives to make this day possible. It was a poignantly and a moving moment. I think he could have said more about all our fallen servicemen and all the civilians, adults and children who were murdered by NATO and the Ukie “army” of thugs, and he should have mentioned that we are going to take revenge on both. He should have said that what is urgently needed now is retribution, not reconciliation. The latter should not even be put on the agenda until the enemy is exterminated. But the fact that Putin brought this up and that there was a minute of silence, and that he mentioned those who gave their lives for freedom and the reunification of Russian lands, is already important.

The second positive part of the speech was when he, even though by way of a hint, pointed at the culprit and stated the obvious when he called the United States responsible for international terrorism and the attack on the Nord Stream pipeline. It could have been done more directly and more harshly, but at least he said something.

The rest of the speech was messy.

It contained several points that I found disappointing. Those which I believe represented lost opportunities or when the speaker got carried away in the wrong direction.

Soviet heritage and the internal borders
This is messy. I believe that we can either have a Soviet heritage or a Russian one, and there is no middle ground, no fusion, and no reconciliation is possible between the two, since they are incompatible, just because one will always tend to push the other out. For a while, Putin was moving in the right direction (or perhaps his speechwriter was moving in the right direction), especially when he spoke about the secret cutting of internal borders after the Bolsheviks seized power in 1917, but then I feel the speechwriter got confused and both of them had lost the way.

Russian statehood and recognition of Ukraine. Russian statehood and the existence of Ukraine as a state are incompatible concepts. (The) Ukraine just means “a frontier” in Russian, and it is a geographical concept. It is also a part of Russia to a far greater extent than Texas is a part of the United States and, here the analogy would be even more accurate, Bavaria is a part of Germany. The two cannot share the same map. In principle, both Polish statehood and Russian one are incompatible, as is the “statehood” of the artificial Baltic ethnofascist satrapies, but this is a subject for another post.

Yeltsin’s Lie about the Four Religions being traditional for Russia. I’ll get to that in another post as well.

Christianity and the Christian unity.

The concept of the collective West being a historically hostile force. I believe this to be a wrong, harmful approach, and I’ll get to that in a forthcoming post as well.

The sixth important topic, which is the most sensitive, is the role of the God-chosen people (the folks of the Old Testament) in their ongoing war against Russia. Even by hints, Putin could mobilize a huge resource outside Russia and inside the country and I bet he would be revered almost as a prophet, although it is clear that he is very dependent on the Zionist lobby or has made himself dependent on it. The latter has been the driving force behind the 1917 Bolshevist coup, and it was one of the three forces that dismantled the USSR, and Russia together with it, in the course of Yeltsin’s constitutional coup and power usurpation in 1991. Though the topic a taboo he was not risking much because the world Jewdom now, as it has always been before, except, for the obvious reasons, for the significant episode of the Second World War, stands on the side of the enemies of Russia and Christ. The seventh topic is risky again, but at this level of relations between Russia and the United States, it is at least conceivable, or imaginable, that Putin could have reached out to at least half of the people of the United States, those who feel that Biden is a usurper and that the election was a sham. After all, America  is now also a captive nation. This subject is connected with the sixth point that I’ve brought up, the theme of Christian reconciliation and Christian unity in front of the common enemy. The eighth is the emancipation of Germany, which is essential for bringing lasting peace to the continent,  neutralizing the unstable space between Germany and Russia, expelling the civilizationally alien forces from Europe, and making genuine pan continental integration possible.

I will write about each of these important topics separately.

Putin also, even in a veiled form, did not mention the ugly state of (mis)management and all the planned disasters, he did not say that he’s got idiots (or traitors, or both, the latter is the most pathetic combination) and corrupt officials in the General Staff and military command (the so-called plan A, an abysmal failure it iself, is a great illustration. It could not have been botched just because the people who made it are dumb. This is a planned man-made disaster ). He only had to acknowledge the problem and say that we are going to do something about it. We expect the system to acknowledge its weaknesses and failures, we expect it to change and adapt, even if through a costly trial and error process. Even Stalin, a lover of both trials and processes, would have said on such a lofty occasion, that yes, guys, we do face certain temporary difficulties, but we will try to address them, remedy the situation and bring those responsible for these failures to account. Putin did not even touch upon the source of our troubles, the vast nomenklatura swamp, the crowd of apparatchiks who clapped their paws intermittently though enthusiastically as they sat stonefaced in impersonal suits in front of him.

And finally, Putin also did not mention the most important thing of all, which happens to be the wartime economy and economic self-sufficiency. That Russia must now turn to a wartime mobilization economy and change its economic model (even within the framework of national or popular capitalism) because of the maintenance of the ongoing model of exchanging natural resources and raw materials for industrial goods and Muslim manpower engaged in the construction of useless real estate, an economic activity that is akin to the construction of the pyramids, and wasting resources and national energy on purely parasitical sectors such as finance, is, at the time of war, declared or not, is unsustainable and infeasible. Such a model, that is based on the consumption of industrial, technological, and cultural imports in exchange for raw materials, is perfectly possible and, in fact, it has worked for more than 30 years, and, in fact, narrow strata of the population can live very well under such a system (with the beneficiaries primarily being the nomeklatura and the thieving classes), but it is only possible as Russia remains an obedient vassal of the collective transatlantic Fourth Reich (it is a separate topic, and I’d get to it later on) and the United States, but even Putin, once a champion of such vassalage, has said that this type of relationship has come to an end. And, alas, we haven’t yet heard anything about  alternatives.

But on the other hand, as I’ve said, today is a wonderful day. Let’s hope, it is a day that marks the commencement of both the reunification of the Russian lands and  liberation of the entire Christian Europe, the day when we began to see the glimmer of light and hope, the hope for Christiandom to be revived and freed from the barbarous and oppressive yoke that has been imposed upon us by the enemies of mankind, the yoke that has also been imposed upon us from within.

(Here is the original) 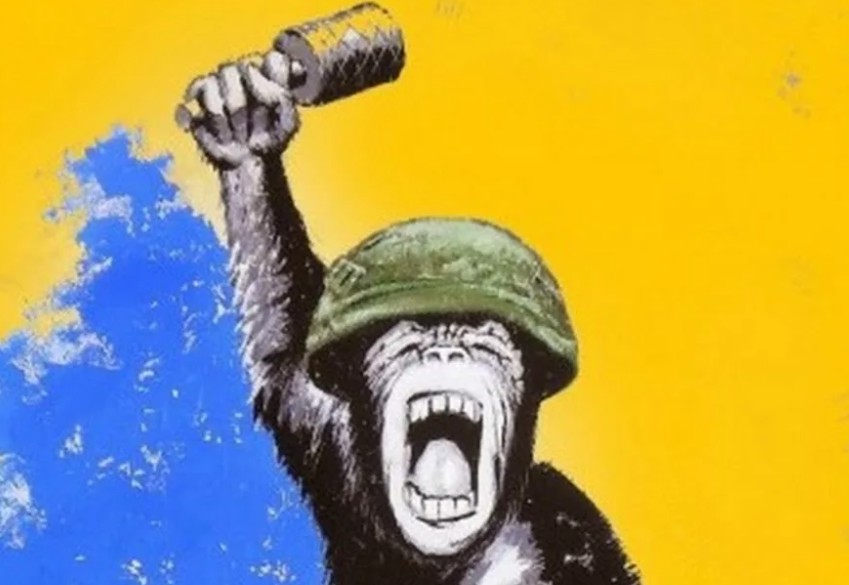 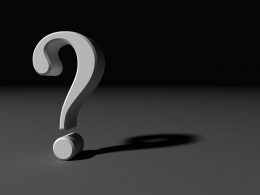 Who is Vladimir Putin? A Russian nationalist? A bloodthirsty tyrant? A humble KGB operative who climbed into a…
byfledermausi 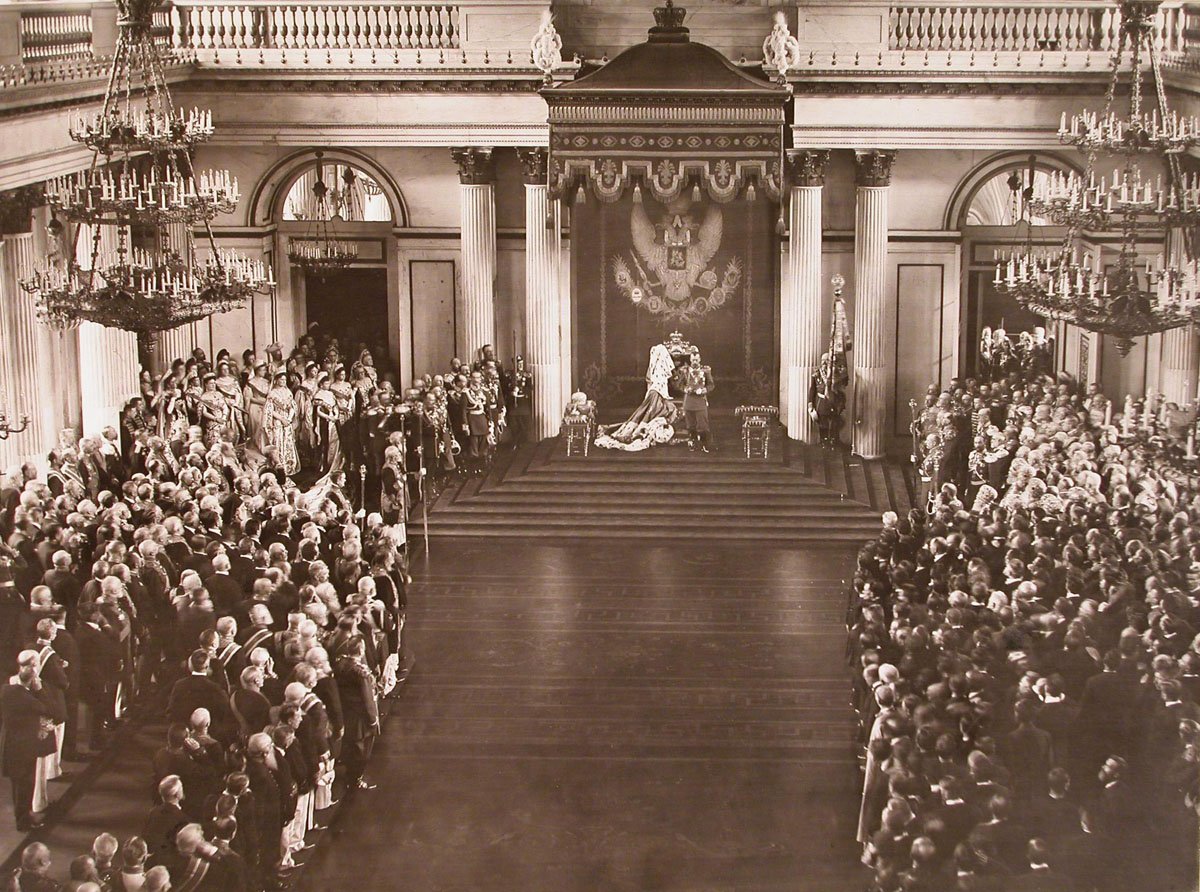