A few hours before the explosives-laden trailer truck blew up on the Crimea Bridge in a spectacular blast that damaged the bridge, albeit not catastrophically, and killed five innocent people, among them a married couple of amateur historians and filmmakers from St. Petersburg, the readiness level of the US Armed Forces in Europe, Defcon, suddenly went up from the level 3 to level 2. The US Armed Forces in Europe is in the Evil Empire’s occupation force that the latter stations on our continent to keep its puppets low, submissive and obedient.

Defcon in Europe never went up to level 2 before, not even in the hottest days of the Cold War, not even when Soviet tanks were revving their engines in front of Berlin’s Brandenburg Gate.

One may ask the question why Defcon went from 3 to 2. The Washington regime is not in any immediate danger. Nobody threatened to kill the senile puppet-in-chief, Joe Biden, the Evil Empire’s unelected “president”. True, there are hostilities in a part of Russia that used to be the Ukraine, but let’s be honest with ourselves, the entire Ukraine is Russia. What’s going on in the Ukraine is Russia’s internal affair. It’s Russia’s domestic quarrel and cannot be of any possible concern to the United States. Even though Russia has recognized the artificial state created on the Russian lands by the Bolsheviks, it may easily withdraw that recognition. I have no idea why Russian leadership has not done so already but it as well may. The only thing Russia needs to do is to renounce the Soviet regime and all the internal treaties and agreements it had signed. That would be the right thing to do anyway, irrespective of what’s happening in the Ukraine.

So why did they jack up the readiness level from Defcon 3 to Defcon 2, the highest level ever, the one that precedes actual global conflict involving weapons of mass destruction?

It’s simple. After the United States has attacked and damaged the Nordstream Pipeline, the aggressor anticipated some sort of response from the Russian leadership but none came. I am dismayed by the meekness and squeamish veganism of Putin and his circle, and I am appalled by the comical indecisiveness and halfheartedness with which the Russian campaign to repel NATO aggression in the Ukraine has been conducted so far. I am also convinced that the lack of a forceful response, even one that would involve nuclear strikes against the most belligerent American puppets in Eastern Europe has merely emboldened the enemy and led it onto the path of perpetrating new heinous crimes.

So, after the Washington regime’s attack on the Nordstream pipeline went unpunished, they chose a new symbolic target: The Crimea Bridge.

Defcon went from 3 to 2 because the transatlantic Fourth Reich’s puppeteers knew about the upcoming attack, weighed in the risk of immediate retribution, and instructed its generals to be prepared for what could have as well led to the commencement of a nuclear war. There is no other way of explaining the sudden  change in the readiness level.

When I learned that the Evil Empire raised the war anticipation alert level from 3 to 2, I knew right away that something big is going to happen in the next few hours. And it did.

If that’s not enough, here’s yet another piece of circumstantial evidence: The truck and its cargo of explosives declared as saltpeter or potassium nitrate, the stuff that would prevent chemical detection, came from abroad. It was made into a huge bomb on wheels in a NATO territory, in the American puppet state of Bulgaria. So, what do we have here? Defcon goes to an unprecedented level just before the attack, while the terrorist vehicle originates from a US/NATO protectorate.
You don’t have to be Maigret, Poirot, or Sherlock Holmes to figure out who is the perpetrator.

It becomes more apparent with every passing day that the regime in Washington is begging to get nuked. Obviously, its closest satellites, the new “allies”, the gang of Eastern European puppets, and ethnofascist satrapies, all artificial statelets created in the course of the 20th century, the ones which serve as the cindering fuse for igniting conflicts, are also impatiently waiting in line for punishment they so richly deserve. True, America is also a captive nation, and its confused and demented “president”, the puppet-in-chief may even not be aware of what’s going on, but the deep state, and the camarilla that runs the US,  are apparently set on a course of provoking Russia into doing something nasty to the aggressor. I hope they succeed. 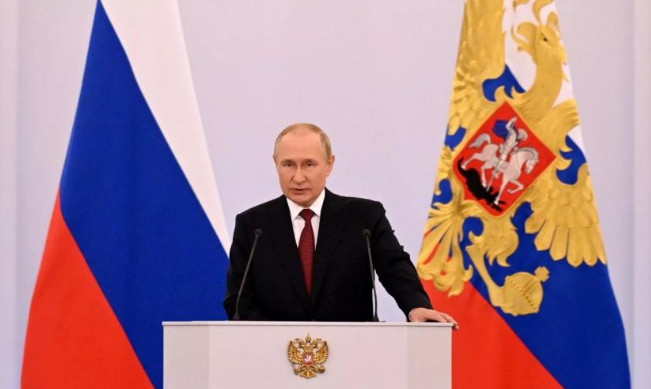 First, the good news. We are all happy that the reunification of the Russian lands with Russia has…
byfledermausi 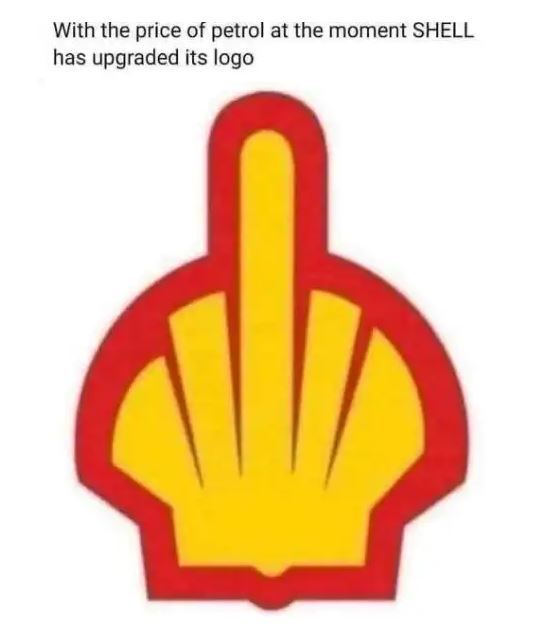 With the price of petrol (gasoline) at the moment, Shell has upgraded its logo     Home  The…
byfledermausi 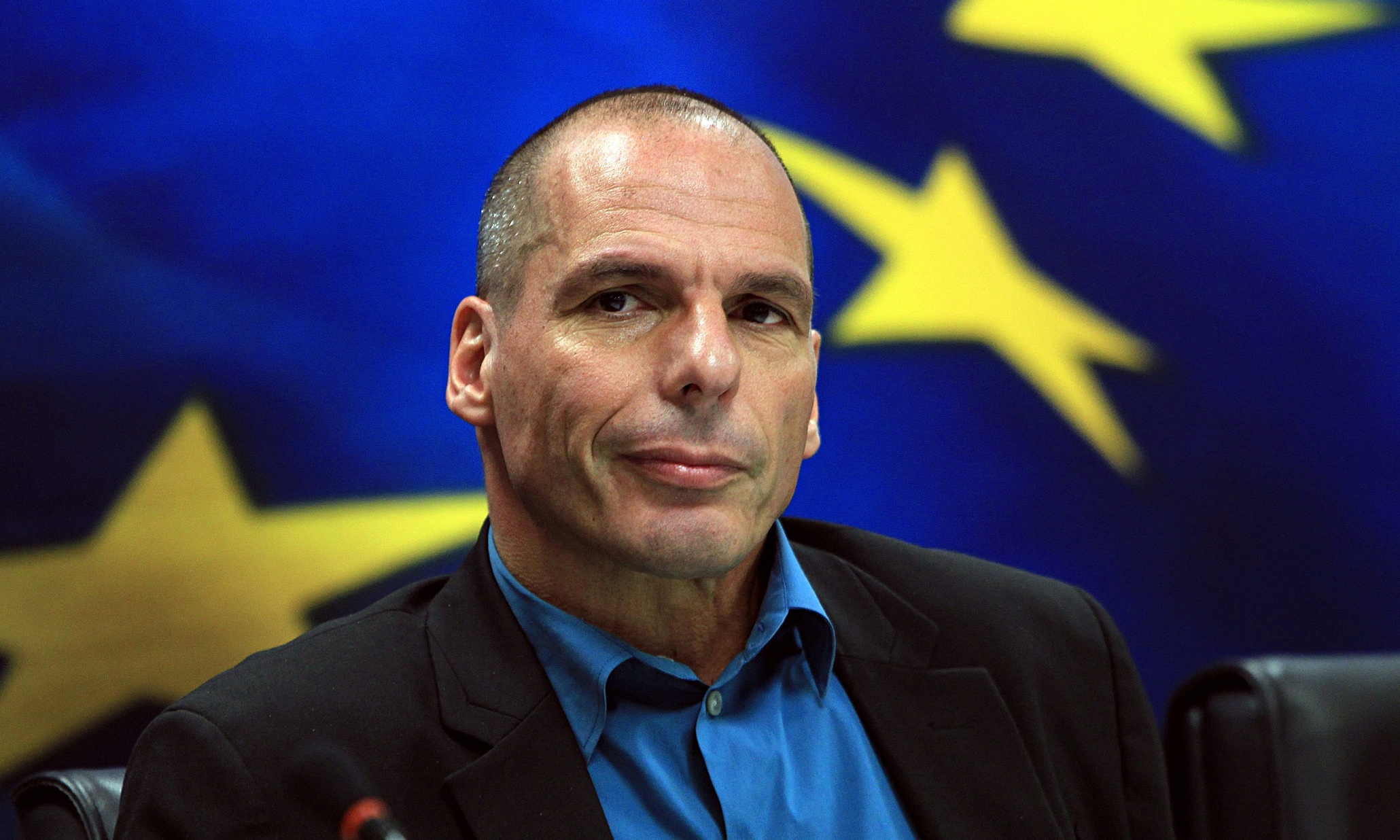 I am a long time subscriber to Yanis Varoufakis’s mailing list. He is a member of the Greek…
byfledermausi 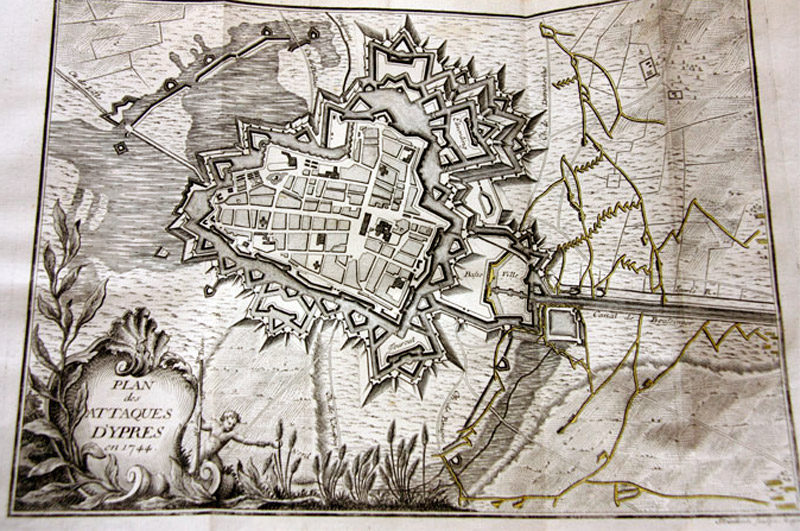